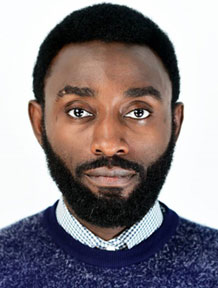 Leonell Echa is a writer, editor, public speaker and voice actor. He is a spoken word performer and judge who has appeared on several platforms in Nigeria. The author of “What if we think in colours?”-an unpublished collection of poems that looks at what happens when more parts of the human mind/brain are unlocked. He is about to make his debut publication titled It Was 4:56 a.m. -a paradox about the realities of the drag of identity, ethnicity, religion, community, forgiveness, diasporic living, childhood and children, suffering, healing, the journey to self-love, and resurrection. All these have been his aptitude while he majors working in the development sector.

He is a fellow of the Kashim Ibrahim Fellowship and one of the top three graduates of the class of 2018/2019. Leonell is currently the Special Assistant to the governor on Peacebuilding & Conflict Resolution/ SDGs.