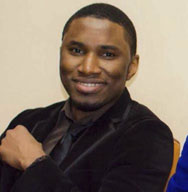 Abubakar Saleh Joji is a lecturer at the department of Chemical Engineering, Ahmadu Bello University, Zaria. As an academician and a registered engineer, he interacts with his students through teaching, mentoring, counselling and supervising their undergraduate research projects. In 2008, the Federal Scholarship Board (FSB) through the Bilateral Education Agreement (BEA) awarded him scholarship to study in Russia for seven years after he sat for an exam and emerged the overall best in Yobe State.

Engr. Joji’s interest in politics began when he served as the Financial Secretary and later as the President of the Association of Nigerian Scholarship Students in Russia (ANSSIR). In 2013 Engr. Joji became the first President to single handedly organise and successfully hold the first ever Nigerian Cultural Festival in
Russia, which had in attendance the University’s Vice chancellor, the Nigerian Ambassador to Russia and other dignitaries. Later that year he also played a key role in helping the Nigerian Ambassador to Russia plan and host the 50th Anniversary for the foundation of the Organisation of African Unity. As an experienced tutor in all science courses Engr. Joji had the opportunity of being a private tutor for the Russians for over 4 years. Despite all these activities Engr. Joji was not distracted from his main objective, and so he obtained his bachelor’s and master’s degrees in Chemical Engineering at the Moscow State University of Fine Chemical Technologies in 2013 and 2015 respectively. He studied in Russian Language and as such speaks the language impeccably. He enjoys playing football and watching  news.